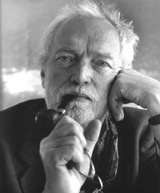 Steen Andersen was born in Copenhagen in 1938. He graduated as an architect at the Royal Academy of Fine Arts in Copenhagen (1969), followed by a research project in Aarhus. He had his own architectural firm with parallel work in the field of graphics, photography and design. He was for many years the initiator of projects in arts and culture, often with government support.

Steen is a self-taught photographer and his studio served as a meeting place for people associated with visual arts and cultural projects.He worked with theater photography in both the established theater world and with underground and street theater.

In 2005 Steen was the initiator of the development of the Web Gallery Photo Mondo, which has existed for 10 years. The Web Gallery was targeted professional photographers, and curators made decisions about who could exhibit. The aim was, among other things, to publicize recognized and talented photographers.